Under the motto "Slammin like there’s no tomorrow", our Science Slam-Science Rocks event kicked off this years Science Week on Friday, November 01, 2019.

Between 7 PM and 2 AM, Roadrunner's Paradise swayed and rocked as the slammers used all their powers to entertain the audience, giving unique talks on everything from mathematics to neuroscience. Costumes, props, movies, power-point presentations and other experimental setups – it was all allowed.

Only time set the limits – every slammer had ten minutes at most before the audience decided which presentation was best! 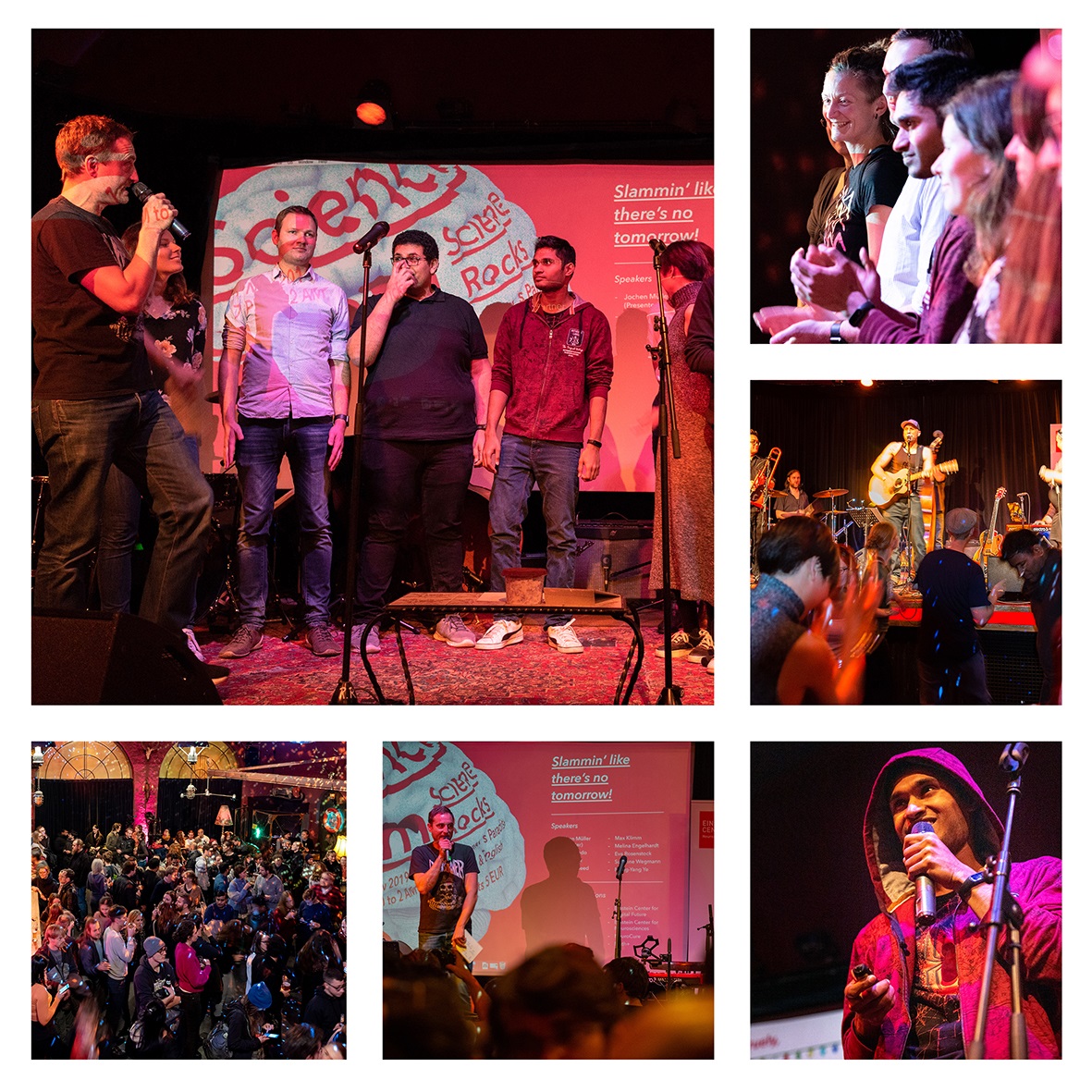 All the contributions were outstanding, making it a tough decision for the crowd that came down to the wire. In the end, Kazi Atikur Rahman from the Einstein Center for Neurosciences pulled across the finish line for the win, receiving the most votes from the audience. As Kazi told it in his slam, Spiderman gets angry and causes autoimmune diseases, but only so he can make amends for what he’s done.

Second place went to Prateep Beed from the NeuroCure Cluster of Excellence for his presentation about taking Extasy seriously in Berlin ... staying up late and knowing it’s the happiness hormone serotonin that’s keeping us awake.

Neuroscientist Susanne Wegmann from the DZNE and ECN member captured 3rd place. She took a positive look at the pension years in her slam, discussing the research she’s doing on dementia. When there’s too much stress, the flow stops and the drops get stuck, but she showed it’s possible to relax again.

The event was moderated by well-known slammer Jochen Müller and jointly organized by the Einstein Center for Neuroscience and the NeuroCure Cluster of Excellence. The event was a blast this year. Thanks to everyone who participated!