How visual information travels from the retina to the midbrain

For the first time, neuroscientists from Charité – Universitätsmedizin Berlin and the Max Planck Institute for Biological Intelligence (currently in the process of being established) have revealed the precise connections between sensory neurons inside the retina and the superior colliculus, a structure in the midbrain. Neuropixels probes are a relatively recent development, representing the next generation of electrodes. Densely packed with recording points, Neuropixels probes are used to record the activity of nerve cells, and have facilitated these recent insights into neuronal circuits. Writing in Nature Communications*, the researchers describe a fundamental principle which is common to the visual systems of mammals and birds.

Two brain structures are crucial to the processing of visual stimuli: the visual cortex in the primary cerebral cortex and the superior colliculus, a structure in the midbrain. Vision and the processing of visual information involve highly complex processes. In simplified terms, the visual cortex is responsible for general visual perception, whereas the structures of the evolutionarily older midbrain are responsible for visually guided reflexive behaviors. The mechanisms and principles involved in visual processing within the visual cortex are well known. Work conducted by a team of researchers led by ECN Member Dr. Jens Kremkow has contributed to our knowledge in this field and, in 2017, culminated in the establishment of an Emmy Noether Junior Research Group at Charité’s Neuroscience Research Center (NWFZ). The primary aim of the Research Group, which is funded by the Germany Research Foundation (DFG), is to further improve our understanding of nerve cells involved in the visual system. Many unanswered questions remain, including details of the way in which visual information is processed in the midbrain’s superior colliculi. 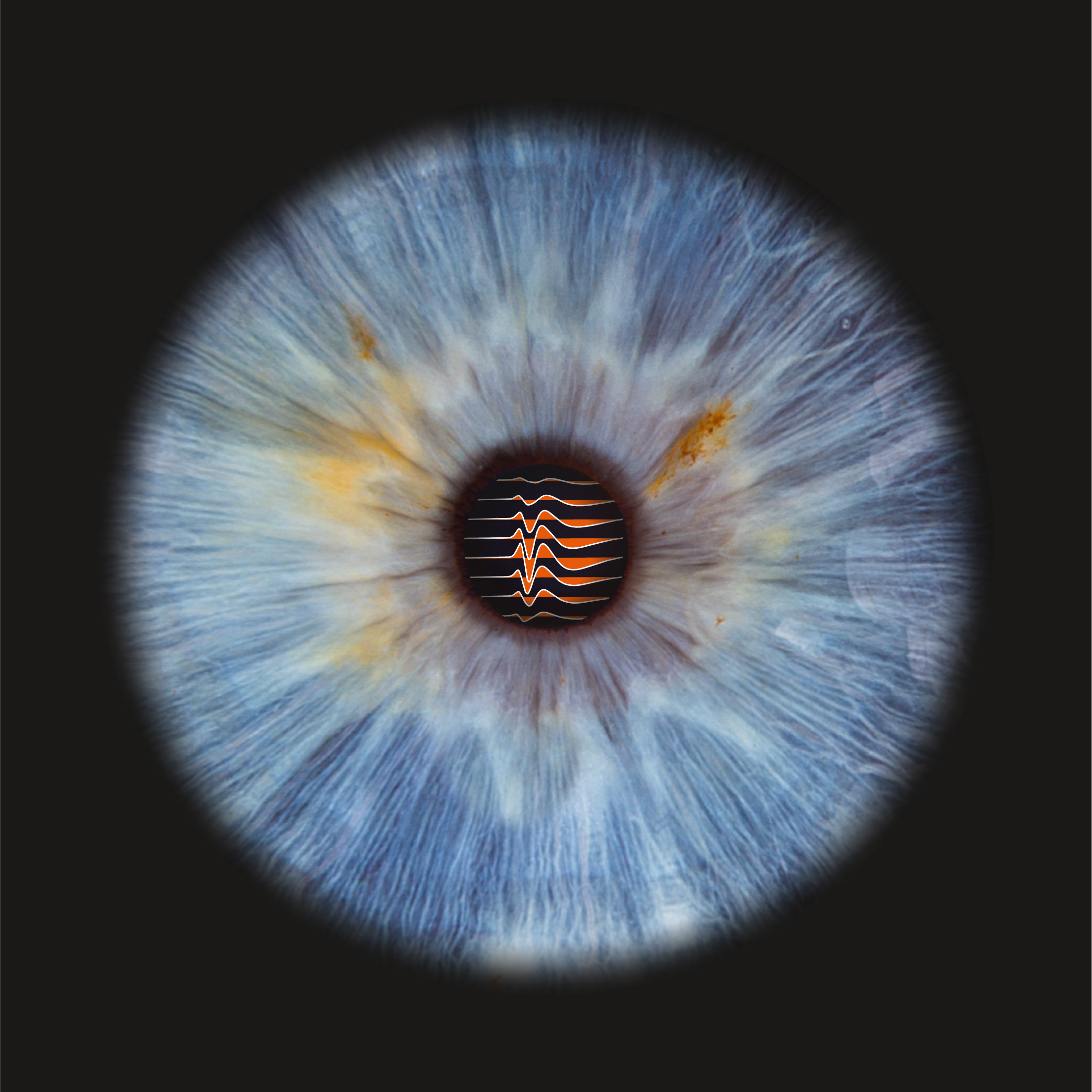 Retinal nerve cell signals travel via a mosaic of nerve tracts to be further processed by neurons in the midbrain. Represented by lines: electrical signals from the axonal branches of a retinal ganglion cell, which were measured simultaneously at the tiny electrodes of the Neuropixels probes in the midbrain. © Charité | Jens Kremkow & Fotostudio Farbtonwerk I Bernhardt Link.

Retinal ganglion cells, sensory cells found inside the eye’s retina, respond to external visual stimuli and send the information received to the brain. Direct signaling pathways ensure that visual information received by the retinal nerve cells also reaches the midbrain. “What had remained largely unknown until now is the way in which nerve cells in the retina and nerve cells in the midbrain are linked on a functional level. The dearth of knowledge regarding the way in which neurons in the superior colliculi process synaptic inputs was similarly pronounced,” says study lead Dr. Kremkow. “This information is crucial to understanding the mechanisms involved in midbrain processing.” Until now, it had been impossible to measure the activity of synaptically connected retinal and midbrain neurons in living organisms. For their most recent research, the research team developed a method which was based on measurements obtained with innovative, high-density electrodes known as Neuropixels probes. Precisely speaking, Neuropixels probes are tiny, linear electrode arrays featuring approximately one thousand recording sites along a narrow shank. Comprising 384 electrodes for the simultaneous recording of electric activity of neurons in the brain, these devices have become game-changers within the field of neuroscience.

Researchers working at Charité and the Max Planck Institute for Biological Intelligence have now used this new technology to determine the relevant midbrain structures in mice (superior colliculi) and birds (optic tectum). Both brain structures have a common evolutionary origin and play an important role in the visual processing of retinal input signals in both groups of animals. Their work led the researchers to a surprising discovery: “Usually, this type of electrophysiological recording measures electrical signals from action potentials which originate in the soma, the neuron’s cell body,” explains Dr. Kremkow. “In our recordings, however, we noticed signals whose appearance differed from that of normal action potentials. We went on to investigate the cause of this phenomenon, and found that input signals in the midbrain were caused by action potentials propagated within the ‘axonal arbors’ (branches) of the retinal ganglion cells. Our findings suggest that the new electron array technology can be used to record the electrical signals emanating from axons, the nerve cell projections which transmit neuronal signals. This is a brand-new finding.” In a global first, Dr. Kremkow’s team was able to simultaneously capture the activity of nerve cells in the retina and their synaptically connected target neurons in the midbrain.

Until now, the functional wiring between the eye and midbrain had remained an unknown quantity. The researchers were able to show at the single-cell level that the spatial organization of the inputs from retinal ganglion cells in the midbrain constitutes a very precise representation of the original retinal input. “The structures of the midbrain effectively provide an almost one-to-one copy of the retinal structure,” says Dr. Kremkow. He continues: “Another new finding for us was that the neurons in the midbrain receive a very strong and specific synaptic input from retinal ganglion cells, but only from a small number of these sensory neurons. These neural pathways enable a very structured and functional connection between the eye’s retina and the corresponding regions of the midbrain.” Among other things, this new insight will enhance our understanding of the phenomenon known as blindsight, which can be observed in individuals who have sustained damage to the visual cortex due to trauma or tumor. Incapable of conscious perception, these individuals retain a residual ability to process visual information, which results in an intuitive perception of stimuli, contours, movement and even colors that appears to be linked to the midbrain.

To test whether the principles initially observed in the mouse model could also apply to other vertebrates – and hence whether they could be more general in nature – Dr. Kremkow and his team worked alongside a team from the Max Planck Institute for Biological Intelligence, where a Lise Meitner Research Group led by Dr. Daniele Vallentin focuses on neuronal circuits responsible for the coordination of precise movements in birds. “Using the same types of measurements, we were able to show that, in zebra finches, the spatial organization of the nerve tracts connecting the retina and midbrain follow a similar principle,” says Dr. Vallentin. She adds: “This finding was surprising, given that birds have significantly higher visual acuity and the evolutionary distance between birds and mammals is considerable.” The researchers’ observations suggest that the retinal ganglion cells in both the optical tectum and the superior colliculi show similar spatial organization and functional wiring. Their findings led the researchers to conclude that the principles discovered must be crucial to visual processing in the mammalian midbrain. These principles may even be general in nature, applying to all vertebrate brains, including those of humans.

Regarding the researchers’ future plans, Dr. Kremkow says: “Now that we understand the functional, mosaic-like connections between retinal ganglion cells and neurons within the superior colliculi, we will further explore the way in which sensory signals are processed in the vision system, specifically in the regions of the midbrain, and how they contribute to visually-guided reflexive behavior.” The team also want to establish whether the new method might be used in other structures and whether it could be used to measure axonal activity elsewhere in the brain. Should this prove possible, it would open up a wealth of new opportunities to explore the brain’s underlying mechanisms.

Kremkow Lab I Neural circuits for vision and behavior
https://kremkowlab.com/

Press release on the occasion of the launch of the Emmy Noether Junior Research Group I 4 October 2017
https://www.charite.de/service/pressemitteilung/artikel/detail/emmy_noether_nachwuchsgruppe_erforscht_mechanismen_des_sehens/