The mystery of general anesthesia is that it specifically suppresses consciousness by disrupting feedback signaling in the brain, even when feedforward signaling and basic neuronal function are left relatively unchanged. The mechanism for such selectiveness is unknown. A team of scientists from Germany (Matthew Larkum & Suzuki Mototaka, Humboldt University of Berlin) showed that three different anesthetics have the same disruptive influence on signaling along apical dendrites in cortical layer 5 pyramidal neurons in mice. 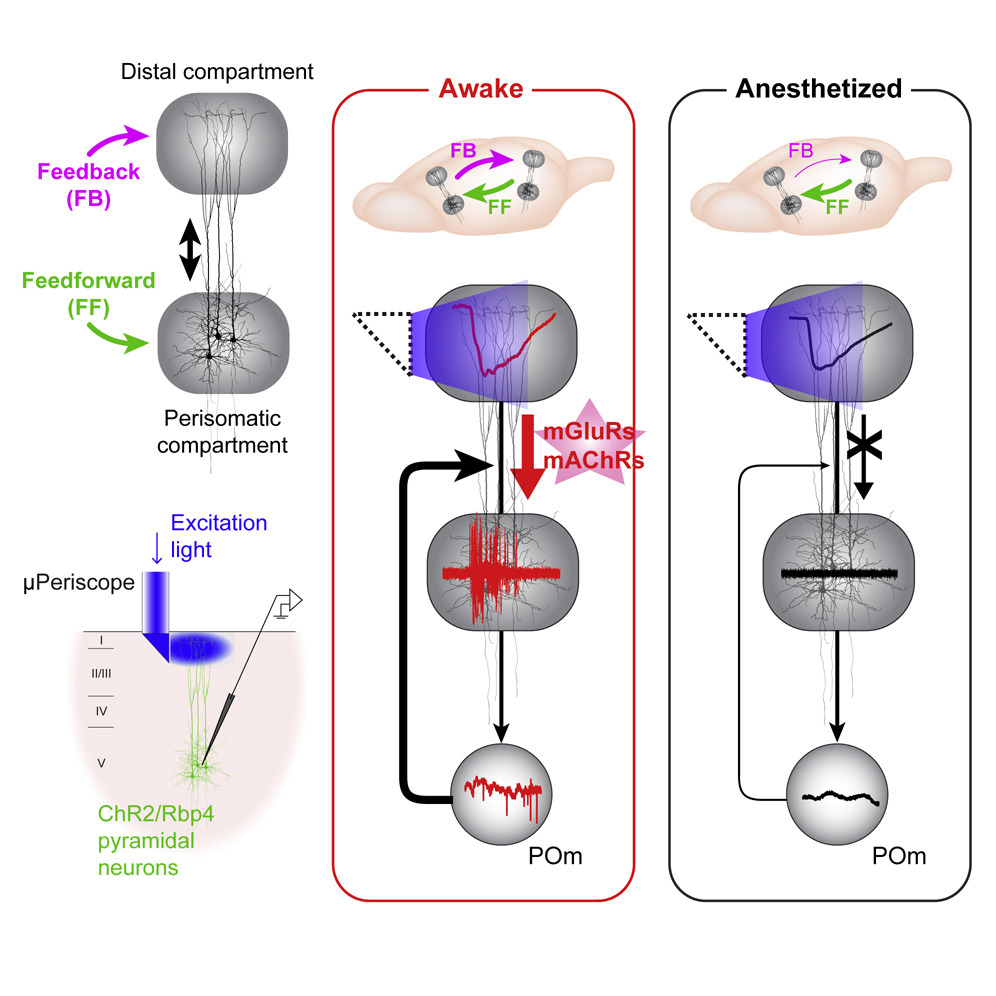 They found that optogenetic depolarization of the distal apical dendrites caused robust spiking at the cell body under awake conditions that was blocked by anesthesia. Moreover, they found that blocking metabotropic glutamate and cholinergic receptors had the same effect on apical dendrite decoupling as anesthesia or inactivation of the higher-order thalamus. If feedback signaling occurs predominantly through apical dendrites, the cellular mechanism they found would explain not only how anesthesia selectively blocks this signaling but also why conscious perception depends on both cortico-cortical and thalamo-cortical connectivity.